This site may contain copyrighted material the use of which has not always been specifically authorized by the copyright owner. We are making such material available in an effort to advance understanding of environmental, political, human rights, economic, democracy, scientific, and social justice issues, etc. we believe this constitutes a ‘fair use’ of any such copyrighted material as provided for in section 107 of the US Copyright Law.

In accordance with Title 17 U.S.C. Section 107, the material on this site is distributed without profit to those who have expressed a prior interest in receiving the included information for research and educational purposes. For more information go to: http://www.law.cornell.edu/uscode/17/107.shtml

If you wish to use copyrighted material from this site for purposes of your own that go beyond ‘fair use’, you must obtain permission from the copyright owner.

FAIR USE NOTICE FAIR USE NOTICE: This page may contain copyrighted material the use of which has not been specifically authorized by the copyright owner. This website distributes this material without profit to those who have expressed a prior interest in receiving the included information for scientific, research and educational purposes. We believe this constitutes a fair use of any such copyrighted material as provided for in 17 U.S.C § 107.

Read more at: http://www.etupdates.com/fair-use-notice/#.UpzWQRL3l5M | ET. Updates
FAIR USE NOTICE FAIR USE NOTICE: This page may contain copyrighted material the use of which has not been specifically authorized by the copyright owner. This website distributes this material without profit to those who have expressed a prior interest in receiving the included information for scientific, research and educational purposes. We believe this constitutes a fair use of any such copyrighted material as provided for in 17 U.S.C § 107.

This work is licensed under a Creative Commons Attribution 3.0 Unported License.

This activity is not sanctioned by, nor a part of, the Anxiety Disorders Association of America.

In a normative sample of 183 individuals, those with greater self-reported anxiety also had greater cell-phone dependence and abuse scores, according to a study by Lisa J. Merlo, PhD, and Amanda M. Stone, from the University of Florida, in Gainesville, which was presented as a poster here at the Anxiety Disorders Association of America 28th Annual Meeting.

"Individuals who suffer from an anxiety disorder may benefit from a clinical assessment to rule out cell-phone abuse or dependence," the researchers conclude.

The anxiety subscales on the 2 study measures correlated very strongly both with cell-phone dependence symptoms and cell-phone abuse symptoms, Dr. Merlo told Medscape Psychiatry. "Maybe it's actually a problem, particularly in the sample of anxious patients — something to look out for," she added.

As cell phones and personal digital assistants become more common, individuals may experience greater pressure to remain connected or available to others, the researchers write. Patients might manifest symptoms of problematic attachment to these technologies or show symptoms of "cell-phone addiction."

The investigators sought to determine whether there was a correlation between anxiety symptoms and "cell-phone dependence."

CTAS scores (measuring dependence) ranged from 26 to 117 (mean, 62.6 ± 18.5) and were normally distributed. This suggests that the tendency to display cell-phone dependence symptoms (eg, greater comfort when able to use the phone, compulsion to spend more time on the phone than desired, and emotional attachment to the phone) varies within the general population and can be measured via self-report.

Most participants did not report significant symptoms of cell-phone abuse (experiencing work, school, relationship, or financial problems due to cell-phone use, etc.)

Future research should examine the mechanisms by which cell-phone addiction contributes to or is exacerbated by anxiety symptoms, the researchers write.

Our hyper-plugged-in lives may be more dangerous than we think.

Photo Credit: Shutterstock.com
Cell phones are handy, but boy do they come with some unpleasant side-effects. Cell phone radiation isn’t making us any healthier, and our phones aren’t doing much for our personal relationships, either. They also increasingly cut us off from our surroundings in a way that degrades the quality of our public spaces and trap us in the virtual office of every stranger we meet. Here’s a list of places your phone doesn’t belong and may even be doing you and others harm.

1. In the car: Research by scientists at the University of Utah shows that a driver talking on a cell phone might as well be drunk. And that includes both handheld and hands-free devices, people. "'We found that people are as impaired when they drive and talk on a cell phone as they are when they drive intoxicated at the legal blood-alcohol limit' of 0.08 percent, which is the minimum level that defines illegal drunken driving in most U.S. states, says study co-author Frank Drews." You’re not only putting yourself at risk when you insist on using your phone while driving, you’re putting other people at risk, too. So put the phone down until you can pull over, and if you’re talking to someone who is driving, politely tell the person to call you back. How would you like to be the number that comes up on the phone when your friend or coworker wraps herself around a tree? If you’re in a New York taxi, it’s illegal for your driver to talk on any kind of phone. They often do it anyway, but a reminder will usually solve the problem. I always say, “There’s a tip in it for you if you put down the phone.”

2. On your belt: I can imagine certain scenarios in which having a cell phone attached to your belt actually makes sense – let’s say you’re the guy repairing the power lines at a precarious distance from the ground. Fine. You’re excused from this one. But really, in most circumstances it looks ridiculous and may even have certain health consequences you don’t want to deal with. Research has shown that wearing a cell phone on your hip or your belt weakens bone density in that area. It may even impact fertility. Sperm, it turns out, may not be a fan of cell phone radio frequencies.

3. At a restaurant:You know the guy. He keeps his cell phone poised next to the water glass, periodically scrolling through his incoming messages, or worse, picks up the phone in the middle of a meal. It’s always something that just can’t wait; something terribly important. One guy I dated briefly used to plead that his teenage daughters needed immediate attention. Others will cite an overbearing boss. It really doesn’t matter. Your phone does not belong on the table, and if you feel that you absolutely must check a message or make or receive a call – which should be a rare occasion – politely excuse yourself from the table and make it quick. How hard is that? Doing anything else conveys that you’re not really present and also that your parents didn’t teach you any manners, which I’m sure they did. A recent study shows that cell phones can negatively impact personal relationships, and it’s not hard to guess that table-dialing is a big culprit. Some in the restaurant biz, like Bill Miller of L.A.’s Malibu Kitchen, have really had it, banning cell phones altogether. Food and phones are a bad pairing.

4. In the gym:Many of us look at the gym as a desperately needed respite, however brief, from our busy offices and noisy lives. An hour or even a half-hour to recharge, get physical and connect to sinew, muscle and breath. But just when we’re getting in the groove, some jerk inevitably whips out the cell phone in the stretching area, on the treadmill, or even, as I once experienced, in the sauna. My gym has signs posted asking members not to use cell phones in certain areas, but many patrons blithely yack away as if they were the center of their own solipsistic universe. Just the other day I was on the elliptical trainer happily immersed in a new music playlist when a woman stepped onto the machine and shouted on her phone so loudly it went straight through my headphones. I politely asked her to finish her conversation elsewhere and she shot back, “My phone call is not your business.” “Exactly,” I agreed. “That’s why I’d rather not listen to it.”

5. In bed:You would think this goes without saying. You would be wrong. I once left an amorous scene to answer nature’s call and returned to find my partner on his cell phone. “She’s a really old friend,” he pleaded. “I had to take it!” As if the mood-killing weren’t bad enough, it was a she! I hit the eject button immediately. Even if there’s nothing more exciting than sleep happening in your bed (which is pretty exciting, actually), you might want to put the cell phone out of reach. Researchers have found that using a cell phone may cause insomnia, headaches and confusion. The artificial light and radiation from many phones may cause sleep problems if we keep them too close at night.

6. On a bus or train: Obviously, there are cases in which information needs to be conveyed while we are traveling. If a text or a non-vocal communication like email won’t do the trick, a brief call in low tones wouldn’t seem to be much of a problem, unless there are rules stating otherwise. But carrying on as if there’s no one else on the bus but you – nobody reading, napping, or perhaps just not interested in the details of your latest sales report – is rude and obnoxious. It’s another way of conveying that you really don’t have awareness of your surroundings or those two-legged hominids known as “people” who may find the sound of your voice somewhat less soothing than a lullaby. Put the phone down. Then again, maybe you’d like to get a brain tumor. For years, the cell phone industry has denied the connection between usage and tumors, but recent evidence makes the risks look more likely. In an Italian court, a man who developed a brain tumor sued the cell phone company. The court backed his allegation of a causal link, scaring the bejesus out of American firms.

7. In a store:This will be a tough one for many people, who like to sail into a supermarket or clothing store without interrupting their phone conversation, breezing through the vegetable aisle in full cell phone throttle. Guess what? It’s completely annoying to people around you, who don’t care when you need to be at the recital or what your spouse thinks of rutabaga. A brief call to exchange some kind of vital information may be excused, but anything more should be taken outside. You may wish to silently use your apps, of course, but just know that doing so increases the chances of transferring malware. Maybe you should just power down and do something radical, like have a chat with the guy at the cheese counter. He's nice.


Lynn Parramore is an AlterNet senior editor. She is cofounder of Recessionwire, founding editor of New Deal 2.0, and author of 'Reading the Sphinx: Ancient Egypt in Nineteenth-Century Literary Culture.' She received her Ph.d in English and Cultural Theory from NYU, where she has taught essay writing and semiotics. She is the Director of AlterNet's New Economic Dialogue Project.

Hillary Clinton Supporters Are Either Ignorant, Immoral, or Both

City on a hill. 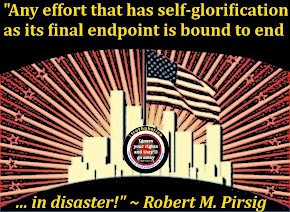